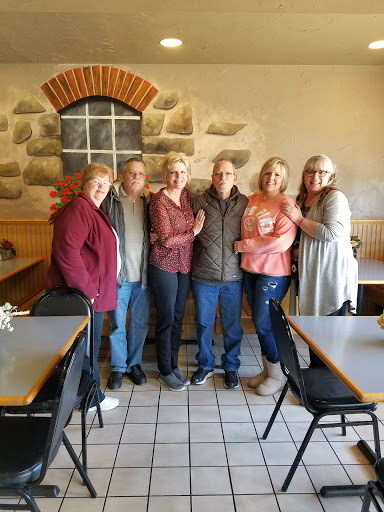 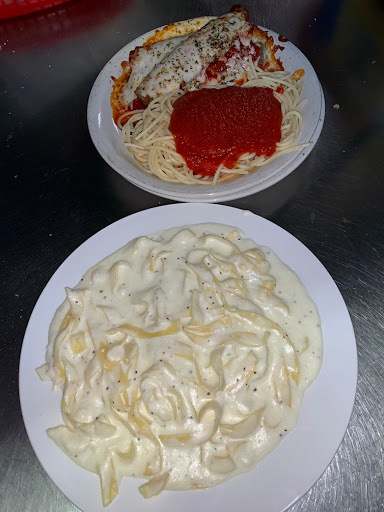 It was a little cold with the fans going full BLAST. Hopefully warmer or more comfortable at lunch. Good food

I love the atmosphere. Everyone is friendly and service is great. Prices reasonable and the food is AWESOME!!!!!!! I have had pizza, lasagna and many other items, all great!!!!!!

Stopped by as we were traveling home with our kids from spring break. Our 12 year old son said "This is the best pizza ever!!" Delicious food at affordable prices!

It was good hot food and a very nice Valentine's price for couples tonight!

Great pizza! Great homemade chips! We will be back!

Terrific food, great staff - professional but not uptight - and reasonable menu prices. Check them out!

Delicious pizzas! Homemade crust and sauce; cheese that's shredded in house. Glad we stopped by on our way through. A must stop for pizza if you're in Beckley!!

AWESOME PIZZA, yummy for the tummy.

The food was so good! Place is very clean and service was spot on!

Awesome!! Get the Stromboli.... It's enough for 3 people and delicious enough to eat by yourself!!

I love this place. Try the baked spaghetti or if you want a big sandwich with lots of meat then get the cheese stake with Marina on the side.

if you like iceberg lettuce with store bought hidden valley dressing labeled as a garden salad.. frozen, prebreaded chicken served as "parmigiana" this is the place to go. If you haven't a clue what italian is, and you enjoy microwave grade dinners, you will love this. waitress was very nice though. Told the lady at the counter we were not satisfied paying $15 per plate for food purchased from Sam's Club. Which she admitted was where the food was purchased. we got 10% off. Still paid $45 for two "dinners". My wife's alfredo sauce was so thin, it all literally drained off the pasta before she could get the fork to her mouth. watered down milk basically. Won't be back.

Had a good meal. Order the chef salad. Best chef salad and it was displayed on the plate really pretty

Our favorite pizza place! The staff is always kind, and the food is always phenomenal!

Baked ziti is the bomb! Family owned and operated.

Food was great, service was quick and kind. We would highly recommend a visit here.

Great food and service. Good price. Four in our group and all pleased with quality and quantity.

Great, traditional tasting pizza! Plus, they have a full Italian menu. Their 12" Steak & Cheese sub was what I had, and I still have half of it for breakfast tomorrow. 😉

Just had dinner at Padrinos. Lasagna was m.u.s.h. Tasted like a Gordons Food Service dish with a can of spaghetti sauce dumped over it. Lousy. When I asked to have some credit to my account, they gave me 10% off!

Nice traditional pizza place! I did my own pizza and was delicious. Friendly service too!

They have excellent food and very friendly employees will defiently be back..

Me and my wife have been there 10 or 12 times in the past and the food has been good but the last couple of times we been there it has not been that good we don't know what is going on with the quality of the food even today when we was brought our pizza it was made wrong had to send it back to be fixed we will probably not go there for a while.

Excellent Italian red sauce on my Ziti. The best I have tasted in years. I traveled here from Central Coastal Florida and nothing I have tried has been as delicious as this place. Fresh bread, perfect sweet tea too. And all the staff are very nice people.

It was ok. Sauce is a little blah

As good as it gets for Pizza! Italian sausage is another really good choice.

Great pizzeria. The eggplant parmigiana was very good and the pizza was well made with a genuine dough made on site. Worth coming back too

Best Italian food in the region! Have eaten here several dozen times and they have only messed up one order which h was to go.

Padrino's in Beaver is a great place for Italian cuisine. Pizza is baked to perfection. Staff are super friendly and service is awesome. If you are in the neighborhood, stop in and check them out.

Love the food here! Been here many, many times. Really friendly staff.

There's just something about that sauce...!

Pros and cons.....Cons first sauce for me now mind ya everyone taste buds are diffrent..but I felt the sauce was bland not bad but bland needed some spices seasonings. But mosteverthing was great... my father's veal was tough. Hard to chew... pros staff was awsome very Attentive. Decore loved it ...Clean place.

Great food, and a great staff!

Best pizza in our area!!

Friendly service, good food, but the windows are dirty!

Wanted to try some Italian food so I ordered lasagna and a Christy's salad. I must say I have never been so disaapointed in a meal.It was extremely salty and sauce greasy, pasta overcooked. Absolutely the worst!

Your question has been sent.

Your review has been submitted.

Want to order over the phone?

Thank you for being with us!

We will call you back!